Whizzer and Chips - The History!

Well it's been so long since I last looked at this blog, never mind updated it! But I've made a new page! The History of Whizzer and Chips will describe in full detail all the happenings from 1969 - 1995! It may only be partly done at the moment, but there's lots of information to be written and researched. There is a much more basic history at the bottom of this page or on the 1969 - 1990 page!
Posted by George Shiers at 1:26 AM No comments:

We've had Watford Gapp, then we had had Hit Kid, previoulsy we had Jolly Roager vs. Skully Crossbones, and so, at last - it's Sweeny Toddler! 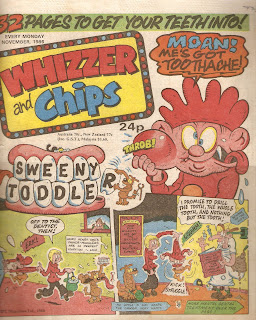 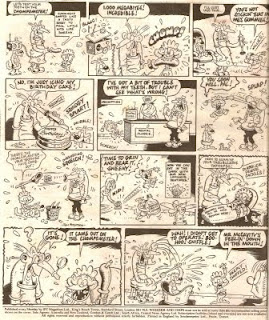 Sweeny was launched in Whoopee (at some point) and came over to Whizzer and Chips when the comic merged in 1985. The artist ever since the move was the incredible Tom Paterson, who always filled his pages with random stuff. What can you spot crammed into this story??

I tried to scan the whole comic but it didn't quite fit into my scanner... 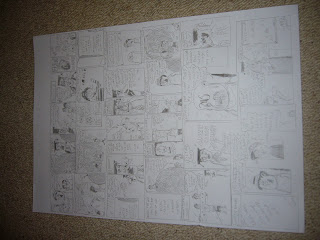